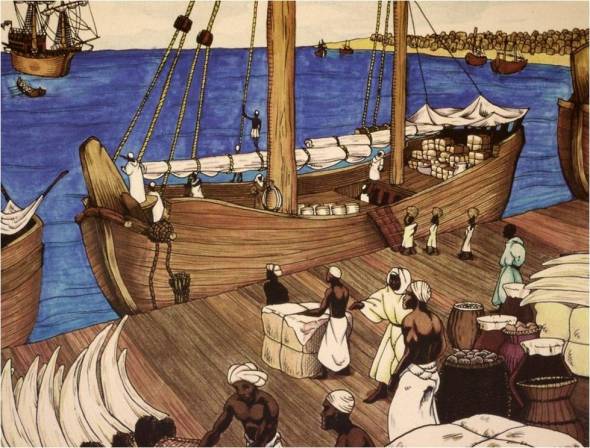 Quaestio: How did the Indian Ocean Trade Network create more connection and cultural diffusion throughout Africa and Asia?

So, I picked 8 questions for you that I thought were relevant and straightforward. They are only related to Sections 1 and 3. I made it so you can try again if you make a mistake, but you wont get full credit, and the more times you try, the less points you will get. Once you have submitted the answer, it should provide the explanation and correct answer. Let me know if you have any issues with it. I value your feedback TREMENDOUSLY!

Also, you guys asked for some more guidance on what to focus on for your notes on the textbook. So, as requested, below are some general themes and ideas I am interested in you guys thinking about and focusing on…

• Change and continuity in religion, specifically the growth of Islam (foreign) and Hinduism (native) and the conflicts and connections that developed between them, and why they became popular while Buddhism and Jainism declined
• The way that political power is connected with religion, how it’s sometimes used by political leaders to gain power and sometimes a threat to existing political leaders
• The role that ethnicity played in the above, looking at the different ethnic groups within India and migrating two India, and the way that religion and ethnicity are often intertwined