Whether or not you are able to join us on our trip to the Metropolitan Museum of Art on June 11th, every student will still be able to get a taste of the museum through these projects, and hopefully it will inspire you to visit in the future, perhaps with other friends who did not go, to see these amazing pieces of history for yourselves.

For this assignment, you must research one of the following pieces and write a two-page-minimum about it, being sure to thoroughly answer the questions below. But it’s not an essay. What I actually want you to do is write a script you would read as a tour guide taking visitors to see the piece, with an expertise on the piece you are discussing and an effort to show them interesting things about the work of art. It does not need to be overly formal, but it should be well-prepared and detailed.  In the space below, I have provided a variety of links to video and text resources for each, so the research is pretty much done for you. Also, don’t skip the name of the piece as well! Clicking on the name of the piece will take you to the catalog page for the piece on the Met website, which has some of the most important basic information. Watch or read everything there, and base your tour guide script on that.

For your tour guide script, you will need to cover each of the following questions, although it does not need to be in this order. Take these questions as a guide rather than a fixed rule. You can go beyond this as well.

Subject Explanation: What is being depicted or represented in this piece? Simply put; what are we looking at? What is interesting or unique about this piece?

Historical Context: When and where was this made? What purpose did it serve? What time period is this from, and what was going on in general at that time? What is the larger cultural world within which this piece was created, and how does that help us gain a deeper understanding of and appreciation for the piece? How was it connected to the history of the time? What role did it play in its original context?

Artistic Analysis: What should we note about how the piece was created? What significant features does it have? Is there anything noteworthy about the history of the piece itself? What is interesting or special about the way it was made? You can mention any other important information here.

Depending on the piece, you may find you want to spend more time on one category than another, depending on what is most relevant, but be sure to touch on all three. Also, for some of the pieces, I gave specific notes below, so make sure to consider those as well.

You should have a brief introduction and conclusion for your tour, but the three main body paragraphs should address the three categories above. I should be able to read each paragraph of your text and see each category addressed separately. 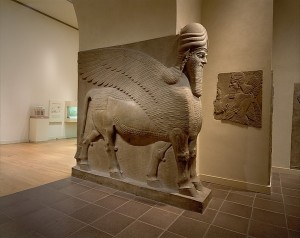 Other Met Video on Reliefs

Definitely make sure to situate this piece within the broader context of the Ishtar Gate from which it came. 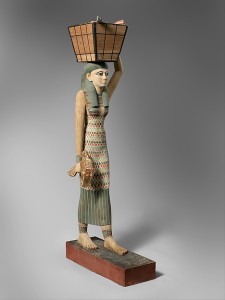 Don’t forget to talk about how it reflects society!

Be sure to talk about the possible use as well as the surprise on the back! 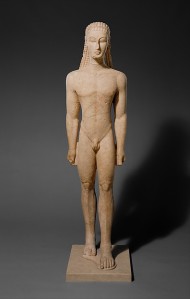 Be sure to highlight the connections both to the past in Ancient Egypt and to the future in Classical Greece. 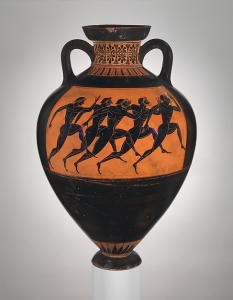 This piece is an example to focus on but I would like you to talk about the pottery in general as well, explaining the technique (red-figure vs black-figure), and discussing some of the themes. There will be plenty of other examples around in the same gallery.

While this room is not from Pompeii, connections can be made. Among other things, I would like to hear about the type of people who would have lived in a villa like this.

In addition to the video, be sure to check out the essay above. While it need not be the primary focus, I would like to hear some mention of the controversy within the Orthodox Church around the debated issue of icons and idolatry.

Shiva Lord of the Dance

I would like you to focus primarily on this piece, but you can certainly make observations about some of the surrounding pieces as well to draw general connections. Hopefully there will be some coins to point out. If not, you can still mention it. 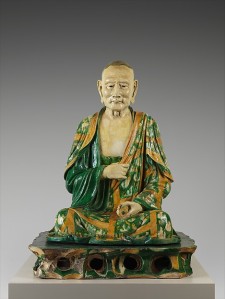 Good example piece but there will be many others around in this gallery, so you can speak specifically and generally.

We will not immediately go to see these imitative pieces, but you can mention that you will point them out later when we are nearby. Make note of which rooms they are in so we can see them briefly when we are close.

Story of Layla and Majnun

Wikipedia on Story of Layla and Majnun

While the focus should not be primarily on the story being depicted, it would be nice to hear a bit about the story to help us see how this image fits.

Region: In the style of Post-Classical Morocco

Video on Arabic Calligraphy in General

I would like you to point out some of the unique features and explain how it was constructed and how it differs from what the real thing would be like.

Non-Met Video on the Mihrab

Video on Arabic Calligraphy in General

Be sure to identify examples of calligraphy, arabesque, and geometric designs as we discussed in class. Also, make sure you are able to explain what at least some of the calligraphy says.

Video on debate over African Art

Be sure to connect with the Olmecs in general and point out interesting features. 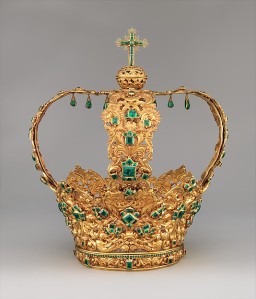 Crown of the Andes

Wikipedia on Crown of the Andes

The Met also has a video on Pre-Columbian Gold which points out that the gold objects created by the Spanish would have been made from the melted down remains of Pre-Columbian native gold art. I think it would be cool to bring that up in a room surrounded by many such pieces.

Met Article on the Throne of Njouteu

Connect to the wider history of the region and the period. Draw attention to the detailed work that was done, and its importance. 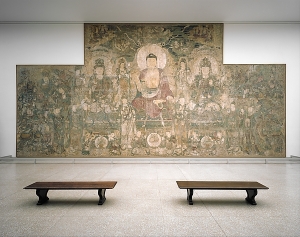 For those not going on the trip, be sure to emphasize the sheer size of the piece.

There is a lot of helpful information in the text on the main link to the item in the collection.

Galileo and the Scientific Revolution »
« Growth of the Protestant Reformation